After 30 Years, I Finally Understand 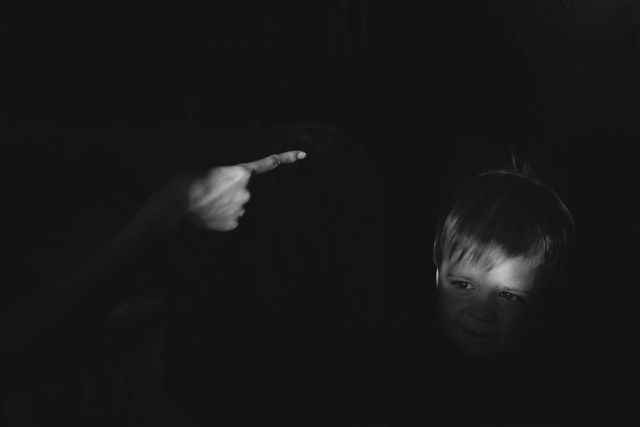 There are some things in life that you experience young but only fully understand when the wisdom of age has layered enough of it’s dust upon your heart. Over the past decade, there have been more than just a few times which, for me, bear this consideration out. One such instance has to do with newspapers, AT&T, a money changer and a 12-year-old, toe-headed boy who was just not aware enough because he just wasn’t old enough.

From the time I sold newspapers at the old AT&T building in downtown Wayne, PA until now in my current self-employment and business ownership, I have only been fired once. And it was from that paper selling job (I wouldn’t call it a paper route because I just stood there and sold papers, no route to follow.) Of the 15-20 positions I have held, I have always kept myself to a standard of decency, hard work and integrity that has been a pretty fine way to operate. ( Well, mostly anyway…there was that one time, but that’s, perhaps, another story.) This paper selling job was no different.

I would practice making change with one of those metal change holders you hook to your belt with the cool levers that shot coins out the bottom. I’d pretend someone handed me a five or a one and would whip out the proper change; quickly subtracting thirty-five cents and making up the difference from the stacks of coins in the tubes just large enough to hold quarters, nickels, dimes and pennies. I would practice folding the paper in a tri-fold as quickly as I could and pretend to hand it off as I made change. While standing there when I saw them come out from around the corner, I would see if I could tell what money they were carrying so I could get a head start on making change. And although I sometimes got distracted by counting the cars on the train that occasionally passed across the street and on the other side of the parking lot, I’d be attentive and serious about my job.

And so it went and I loved my job. It was simple, it was indoors in the lobby of the red brick building with the tall tower. A tower so high you could see if from just about everywhere in town. The red brick building that had darker brick squares on the lower floors because of a spate of smoke bombings some years before (I was never really sure why that happened…too young, but I knew the best parts of the story…smoke and bombs.)

And every day there would be a stack of papers waiting for me when I rode up on my bike. I would sell just every one, most days, but sometimes I would have a few left over. That was OK. I had a procedure for that. I’d ask the guard from Pinkerton to pull out his little card with the commission conversion chart on it and I’d take what was mine. Then I’d put the rest in my other pocket, ride down to Rexall Drug and walk to the back of the store. There, I’d put the driver’s money into a white envelope, wrap the envelope up and put it into a mortar and pestle that was on top of the back shelves behind the pharmacist’s counter. The extra papers (if I had any) would go below than on another shelf at the bottom. And out I would go…a few dollars richer and proud to be doing what I was asked to do. Doing it right as rain every single time.

So, I could never understand why every once in a while, the driver would say I shorted him some money. Every once in a while, he’d say there weren’t enough papers left for the money I’d left in that envelope in the mortar and pestle. And I was sure I’d counted right. I began counting twice and it was right. But I kept being told I was short.

Then one day, the paper called my mom and said they no longer needed me. I cried and was sad for a while. I was so proud of my job. And I had always thought they let me go because they didn’t need to sell papers there any more. The Philadelphia Bulletin folded not too many years later so maybe it was because they were trying to cut costs. After all, I was only making them maybe ten or fifteen bucks a day…nothing really. And eventually, it faded into the dark reaches of memory. It became an insignificant time that had very little meaning other than being one of those books on the shelves of your mind.

But then one day a few years ago, it occurred to me what might have happened. I don’t know what made me think of it, nor could I even begin to think of why it mattered. It was just there.

I will never have any proof but I became convinced that the nice man behind the counter (he was probably 25, maybe 30 years old), was taking papers and perhaps others were too. After all, they were sitting there in the back out in the open and the papers the store sold were up front.

What’s to stop someone from just putting one into their stuff to take home. But, then again, anyone could have come along and made the mistake of thinking they were for sale, too. And maybe that’s what happened. Maybe the nice man behind the counter wasn’t being mean and stealing my papers. I will never know for sure and it doesn’t really matter. And maybe it’s not resolved all that much. But I felt better when I thought of those possibilities. Maybe honest mistake, maybe theft, maybe my mind fabricating something that never was. I was relieved to think that my diligence wasn’t for naught and I had done everything right and I had counted properly.

Connecting the dots of a past uncertainty with newly found wisdom of age may not always quite solve a mystery, vindicate a wrong or suddenly bring clarity to something that has always caused confusion. But it can still tie up a loose end, or close the book on a chapter that is long overdue of being finished. Wisdom is a funny thing. Sometimes it can make you smart and sometimes, it can simply perform a little piece of historical magic.

Previous Article Damage III
Next Article Sex, Violence, and the Imbalance of It All