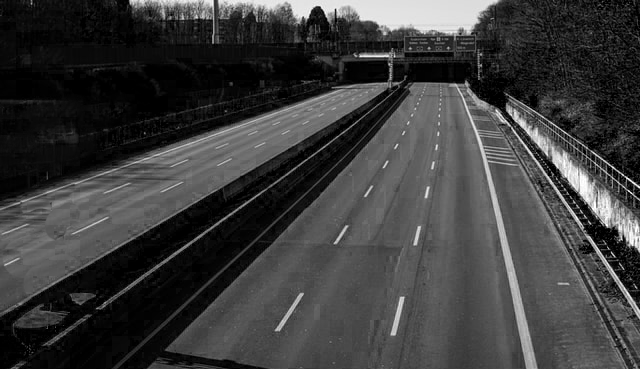 Part two of a multi-part series on a particular experience I had. It may or may not prove to be interesting. But the writing of it was and was necessary, as well. See them all.

It was a Friday in March and the Spring was just trying to scrub the cold bleakness of Winter from the world.  Cooler days would come back in a last-ditch attempt to keep Winter’s grip.  But it would be without vigor as the inevitability of warmer weather made any real effort futile.  Spring was going to win in the end anyway.  It always did.  The skies were clear and bright with the sunlight that had become decidedly more yellow and warm, promising the awakening that I liked so much about Spring when it wasn’t raining or gray as Springtime in Colorado often is.

I was sitting at my desk, the only one in the lab this early and it seemed that it would be a quiet Friday.   “Light day today,” I thought, picking up a piece of video evidence which had come in the day before.  “A good start to the weekend.”

There was usually at least one other person at the lab at 7 am but I had heard about the crash on I-286 the day before and figured at least one scene analyst would be there.  Maybe more.  Others would start trickling in any minute now.  The crash had been on the news and looked to be a pretty big deal.  I wasn’t sure of the details but had seen images of fire, explosions, and multiple cars involved in the conflagration.  I supposed Riley was at the scene since she’d been on-call this week and found myself wondering how it was going over there.

The chime on the door alarm rang indicating someone was coming in the front door.  It was Riley.  I turned in my seat as Riley came around the side of the cubicle wall that divided the digital and multimedia forensics section from the rest of the lab.  She looked dead tired.

“I’ve been up for the last 36 hours.” Riley said, with a heavy sigh.  “I was out on a homicide yesterday and then got the call in the afternoon at four to go to that crash.  Did you hear about it?”

I thought for a moment.  There was a lot of video evidence to get through, but going out in the field intrigued me.  As the relatively new guy, I wanted to know as much as I could about how things worked and what my coworkers did in the other disciplines.  But going to autopsies and crime scenes was so completely different than anything I’d ever done that I was always reticent, and if I was honest with myself, a little nervous about.  How would I react?  Could I handle it as well I believed I would?

My mind slipped back in time to when I was in college.  I’d gone out to Colorado to ski with my school buddies one of which had an uncle that lived in Evergreen.  I’d only ever skied a few hours before on the bumps they call mountains in upstate New York.  Now I was heading to real ski country and it was anybody’s guess how I would do.  we were staying with the uncle and, with a borrowed set of skis and boots, we all headed to Arapahoe Basin.  I figured I could stay on the bunny slopes just to get used to the skis and try to figure out the whole skiing thing.   But the uncle had other ideas and without knowing really where I was going, I found himself at the very top of the mountain, above the tree line, looking down what seemed like a deadly cliff.  Ringing in my ears were the words the uncle had said just before we boarded the lift: “No balls, no babies.”

That phrase popped into my head now as I tried to decide if I really wanted to go with Riley.  Her question was very casual but she’d been doing this for a long time.  This kind of thing was a regular occurrence for her.  It wasn’t for me.  She’d seen just about everything.  But this wasn’t skiing, it was real life and there were bad things in real life.  I felt, deep down, I could handle whatever might come.  I’d already decided this when I began pursuing a job in forensics.  I also thought it would be good experience and would certainly give me insight into the rest of the world that was the Crime Lab.  I also wanted to help in any way I could.  I looked at Riley.  She was clearly gassed and if I could help, I really wanted to.

“Sure, do I need to bring my camera or anything?”

“No, I have everything in the truck.  But you might want to put a jacket over your clothes.  You’ll need to wash it.  It’s going to smell like diesel fuel when we’re done.”  The casual way in which she said this somehow made it more ominous.

I stood and went the closet where spare jackets were kept; grabbing a fleece pullover with the department name on it. I didn’t have a hi-viz vest that said POLICE on it, but I at least wanted to feel like people knew I belonged there.  Pausing at the door to set the alarm, we exited and climbed into the waiting Chevy Suburban.

On the drive over Riley gave a play by play of what was going on.   It really had been a horrific scene.   A truck had blown a tire and lost control just as it was approaching a line of stopped cars in a traffic jam.  The load of flammable materials was heavy and the driver lost control and couldn’t slow down.  It had barreled into the line of cars just under an overpass at nearly 85 miles per hour, spilling its cargo and igniting a fire.  The fire had burned hot and long, the fuel and building materials covering a number of cars and causing a massive conflagration.  The news coverage from a helicopter had shown several explosions as gas tanks ignited.  Some people got out, some didn’t and that’s what we were going back for.  We needed to work with coroner’s office personnel to document the recovery of the victims.

I listened quietly as I drove.  I began to question my curiosity and desire to go to a scene and was not entirely sure how I would react knowing what I was probably about to see.  If I was going to be a true part of the Crime Lab, I needed to be able to do my job.  I also knew that Riley was beyond tired.  She needed my help whether she knew it or not.  I decided in my mind that this was necessary and steeled myself for whatever was to come.  This particular outing was optional, but helping at crime scenes was also part of my job description and I’d known that going in.  This is what I was here for and would just handle it and do the job.

The approach to the overpass was up ahead and Riley pointed down the exit ramp on the left.  It was weird turning onto a road surface that usually saw high speed traffic coming in the opposite direction, but it would most definitely not be the last out-of-the-ordinary things I would encounter that day.  There was no traffic.   The normally busy highway was completely absent of cars on the eastbound side.  I had seen such things during snow storms when the highway was either deserted or closed, but there was a certain ominous quality to the emptiness under the bright Spring sunlight and the freshness of the cool morning air.  Usually noisy with traffic and lots of cars, the area was now ominous and silent.

I made the U-turn on to the highway in the direction of normal traffic flow, passing a handful of cruisers with their lights flashing and parked across the three traffic lanes.

“Park here,” Riley said, pointing to the breakdown lane about fifty meters from the overpass.

Looking down the road at the scene it was clear things had gone very wrong the previous afternoon.  The overpass was scorched in places and there were blackened hulks through which a passage had been made for the emergency and recovery vehicles to pass.  I could see what looked like thick water all over the road but which turned out to be the fuel, ground up debris, and flame retardant used to put out the flames.  It was a toxic soup of unimaginable corruption.  There was no smoke, no steam, no flame; nothing to indicate the insanity that had caused what I was looking at.  There was movement here and there as a rescue worker, now there for recovery and clean up, moved amidst the tangled wreckage.  In its stillness the scene seemed to continue to have an energy.  Like an echo of the rending of metal, explosions, flames, and panic that was present only a little over 12 hours before.  Yet, it was so un-moving and quiet.  Again, I felt that mental pause.  There were people in there.