Do You Really Know What a Billion Looks Like? 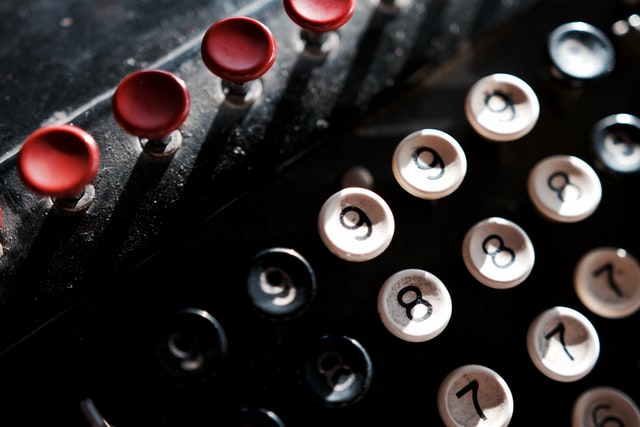 Do You Really Know What a Billion Looks Like? Posted on September 28, 2020

Many years ago, the U.S. government, after the big crash of 2008, was trying to stop the bleeding in the financial system. The number most bandied about was seven hundred billion which everyone knows is a large number.

But do we really understand how very large that number is? It seems it starts sounding like 200 billion or 800 billion or 500 billion. All those zeros kind of run together in a person’s mind.

A few years back I wrote a piece about having everything and nothing in which I mentioned the odds of winning the lottery. Those odds basically  approached zero which is a really small number. That’s not hard to conceptualize. You have some money, it gets siphoned off by greedy executives running some company, you have zero dollars. Simple. Hey, Bernie Ebbers, prison going ok for you? No? Good!

But what about the other end of the numbering spectrum? Infinity can be imagined, but it can’t be comprehended. It’s an incomprehensible number by definition. So what about a billion? Most people are familiar with it and know what it means in practice; 1 x 10(9), 1,000,000,000, The big B (I made that up). But can you visualize what it means? Can you look around and say, “oh, yeah, a billion is this, or a billion compares to that”? Most can’t…I can’t…so here are a few examples of billions of things that might assist you in grasping what they talk about in Washington or Wall Street a little more clearly.

If you wanted to make a book with a billion dollar signs, printed 1,000 per page with pages printed on both sides, your book would be 500,000 pages long. A very long, boring book, to which you know the ending!

If you hopped in your time machine (you do have one, don’t you?) and went back in time a billion seconds, you’d end up somewhere in the neighborhood of January 11, 1977. Gerald Ford is your president and Carter comes in 9 days, Apple Computer just incorporated a few days ago and the iPod is almost 30 years away, Fleetwood Mac hasn’t yet released Rumors, Star Wars (you know, that first one with Luke The Bad-Haired Boy) won’t be released for another four and a half months.

If you decided to count to a billion, and you averaged 1 second per number, you’d be a little more than 31 years, 259 days older by the time you finished. Some who tried it would not make it.

A billion minutes ago Jesus was alive.

A tightly-packed stack of new $1,000 bills totaling $1 billion would be 63 miles high. Airliners fly mostly between about 5.7 and 7.6 miles high.

If you wanted to spend a billion dollars (let alone $700 billion) in just a single year, you’d have to spend almost $32 a second…every second. Even when you were asleep. Bill gates would have to spend about $1792 if he wanted to get rid of his (approx.) $56 billion.

For each man woman and child, it’s the equivalent of what a person, on average, spent over the entire year of 2006…for gas.

It’s about half of the combined wealth of the Forbes 400 richest people (as disturbing as that is.)

James Cameron would have to make 381 movies as successful as Titanic in order to gross seven hundred billion dollars.

In today’s dollars, The Marshal Plan, the program back in 1944 developed to finance the recovery of Western Europe after World War II, would need to be multiplied seven time in order to bail us out now.

It is more zeros than are allowed on the dashboard calculator of the Mac Book this is being written on.

According to some estimates, it is three times what it would cost, over 10 years, to reduce oil dependency by 20%.

It’s over twice the amount of all money given to all charitable organizations in the United States in any given year.

It is a little less than than $100 for every person in the world.

A big number right? And a shame. Because no one’s going to jail for putting us into that situation where we even have to be talking about $700,000,000,000. There are and will be some folks who will walk away (slink away?) and keep all the zeros in their bank accounts. Even though those bank accounts hold some of your money.

But that’s only 700 billion.  Wanna know what another 300 billion added to it looks like?  Check it out…

Previous Article A Hard Lesson Learned
Next Article Like Alfredo? Eat This!