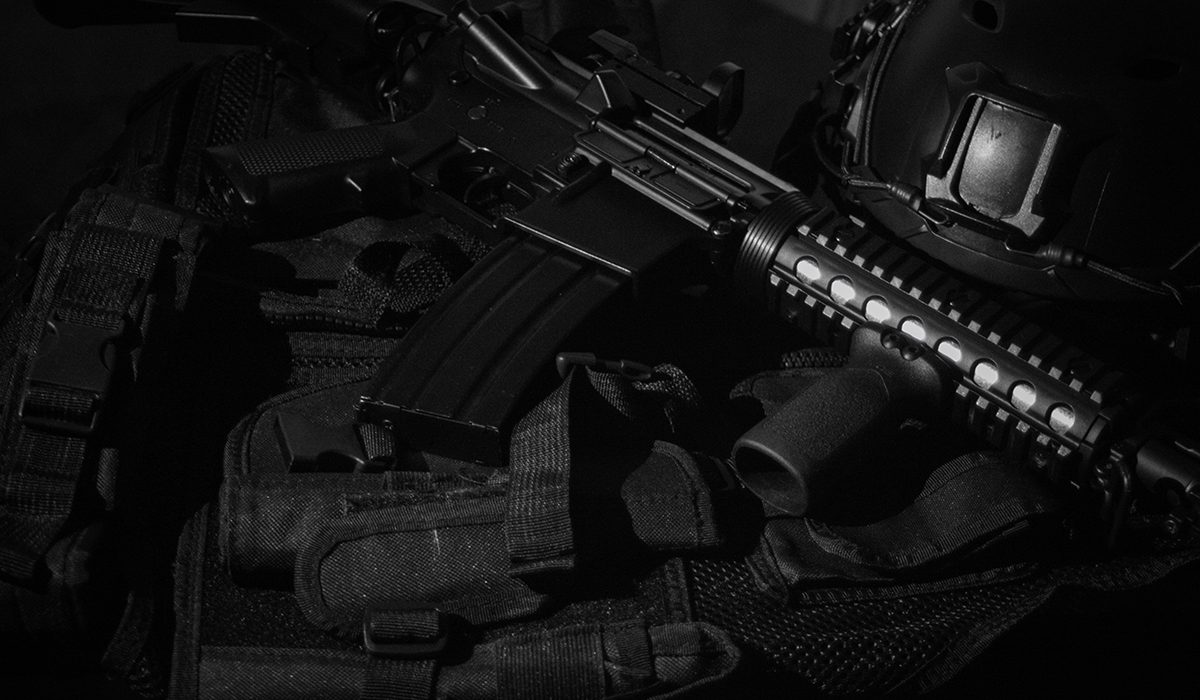 I haven’t held, nor pulled the trigger on, many firearms in my lifetime.   It’s not a long history.  It was never really an interest of mine and so it was odd to be carrying an M4 down the hall of the police station so it could be booked into the Property Unit as evidence.  That is standard procedure when an officer has fired their weapon.

It was an active shooter.   Some mutt decided to shoot up his neighborhood for whatever reason.  Pissed at the world, slighted by a lover, PTSD from a war that never ended for him, just having a bad day.

It’s hard to say and he was only speaking lead.

Whatever it was, it was his day to snap, and several hundred rounds later, he was trying to escape in his pickup truck, a shotgun and an AR-style rifle on the bench seat next to him.   Speeding down the residential street, Bad Guy thought he could get away.  He was making a break for it and, so far, no resistance.   He turned left and raced down Arizona Avenue but halfway down the block, a Bearcat armored vehicle came around the corner toward him.   Bad Guy panicked and veered left losing control and hopping the curb.  There was a fence in front of him but it was no match for the four-thousand-pound F-150.  He crashed through it, and there it was; black, menacing, hard. An immovable force.   The Bearcat stopped, filling his field of vision and he began to reach for the seat next to him.   There wasn’t enough time.

He posed an active threat and that line had been well and truly crossed.  When the officer rose out of the turret of the Bearcat, that’s what was on his mind.  A split-second decision had to be made and he immediately brought his M4 to bear on the man sitting in the driver’s seat of the F-150, pulling the trigger.   This officer was known never to miss, he was an expert, and nothing he did that day changed that reputation.  One location is the limit for the recently deceased.

And so it was, that I was there; after the bullets had stopped, after everything had stopped, passing under the crime scene tape and giving my name and badge number to the officer who was keeping a log of those involved at the scene.   I was there from the Crime Lab for backup and to help in any way I could.  I stood in the aftermath.  I looked around at the mayhem, so still, but still looking like it was all in motion.  Like a single frame from an action movie.  I watched my commander pick up and clear the two weapons that had been in the passenger seat next to the driver.  I watched him walking toward me.  As he handed them to me I reached out and took them.  They needed to be secured in the Yukon for processing later.   The press was there, there were several officers there, it was a crime scene in all its glory. And I was carrying those guns, trying to act like I was doing exactly what I was supposed to be doing, and also trying to disregard that I was carrying those guns. The guns that had just been fired by Bad Guy. Held by hands that wouldn’t hold anything more, ever. I was a digital evidence guy, not a gun evidence guy. But when you’re needed, you’re needed, so that was the way of it and I was there to help in any way I could.

Later, back at the station, Courtney and I were responsible for documenting the two officers specifically engaged in what is officially known as an “officer-involved shooting.”  Any time there’s an OIS, photographic documentation of the officer or officers is required.  One of the main elements of that documentation is imaging the officer on all sides in the clothing they were wearing, as they were wearing it, at the time of the incident.   This is so, later in court, if there is any question that the officer couldn’t be identified as law enforcement, there’s proof of the uniform, insignia, and other elements of how they looked to refute or confirm the concern.  These two officers posed no concern.  They were in full tactical gear.  Needs must when the devil drives and someone is shooting up a neighborhood.

We also counted the rounds from their magazines.  The spares they had and the ones in their weapons.  An accounting was required.  We checked if they were injured, so we could document that, too.   Everything must be documented.

I asked the second officer we processed how many rounds he had started with and if he was hurt.  He came back at me with condescension, “I have no idea.”

I understood.  He’d just assisted in killing a man.  I didn’t take offense. I understood.  And perhaps I was a little too formal with him, not showing enough respect or consideration or perhaps deference to what he’d just been through and had been forced to do.  I understood.  This was generally new to me and although he’d been trained for this, it didn’t make him any less human, nor any less susceptible to the magnitude of it all.

I continued about my work.

Some magazines only had a few rounds in them. I learned that day of the need for a tactical change. In the heat of battle, you can’t run out of ammunition; you change magazines before you do.

The final task was processing the officers’ weapons.   They were now evidence, and when I picked them up, I remember being acutely aware of how heavy they were.  Heavy in a material way, but heavy in the way that’s necessary for what they were and what they’d just done.  Guns have the hum of menace.  Not enough people respect that hum…nor hear it.