I am a Human Tesla Coil 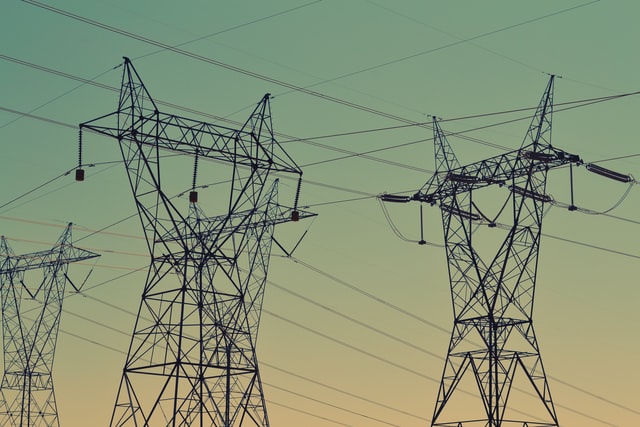 It happens every year. As we descend into shorter days and longer nights. As the earth’s axis tilts the northern hemisphere away from the sun and the light and radiant heat strike the U.S. at a more oblique angle, things change. The air cools, water condenses and when the temperature gets cold enough, it freezes and floats to the ground robbing the air of moisture and humidity. Dryer means more static electricity. And more static electricity means more getting lit up any time I touch a remotely conductive surface.

Albert Einstein once posited that if we evolved properly we would eventually exist as pure energy. Imagine that, all of us just blobs of light or sparkling spheres floating around. The fashionistas would certainly figure out a way for us to change our colors and we wouldn’t need to drive any more, we’d just float to where we needed to go. Or better yet, we could probably use the theory of quantum mechanics and simple just appear there using super position and time travel. We wouldn’t need to eat (my guess is we could subsist on sunshine), we wouldn’t need our fancy cars or the gas to run them (if we did need cars, we could just jack in and run them ourselves) and we wouldn’t need anything else but energy. So as long as that big fat red giant was shining, we’d be good. No need to work or do anything else, really, since the evolutionary process would take us beyond needing to understand the universe since we’d now be a part of it. We would be everything and everything would be us. Kind of like we are now, but we’d actually be aware of it. We’d just float around, interacting with each other as energy. Some would simply pulse and flash in some kind of highly advance conversation and some would interact as Steve Gutenberg and Tahnee Welch did in Cocoon. That would be interesting.

However, as fascinating as that mental exercise is, that’s not the way it is now. We’re still bags of bones, our skin still gets dry and papery, we itch and flipping the light switch becomes a new adventure trying to come up with a safe way of doing so. The back of the hand, a hip, an elbow, anything. Anything to prevent the static shock from striking at the tip of the finger where some of the most sensitive nerves exist. I hit the light with my knuckle and try to swipe quickly by, thinking I’ll beat the electricity before it gets out of the thing I’m touching. But that’s folly since my hand is not going to be traveling at the speed of light any time soon. Not until I am a ball of energy anyway. So, as Winter progresses, reaching toward anything remotely electrical is a tentative, apprehension laden affair.

Even though our skin seems as if it’s made of paper during this time of year, the inside is still about 80% water. The dryness in the air makes it harder for electrical build up to disperse and within that paper sack that’s 80% water are the same salts that are in sports drinks. Electrolytes. There’s a reason they’re called that. High school chemistry class taught us that when NaCl (erm, salt) is put in water, the Na and Cl separate leaving the Cl part with a negative charge and the Na part with a positive charge. We all happen to be electrically charged because there are a whole bunch of other salts that do the same thing and they are in there, too. This makes us all really excellent conductors of electricity. And because of that we’re pretty good at collecting that electricity up. The more charge we have, the more that charge wants to get out. What better way than to jump from us to something connected to the giant battery we call earth. Zap!

When I was a kid, I liked to mess with electronics. Mostly it was pulling things apart and looking at all the miniature cities rising out of the circuit boards. But I learned some things, too. I learned was that capacitors were components that store up certain amounts of electrical charge. They are often what make a light blink, releasing energy each time they becomes charged to some specific limit before releasing there energy and charging up again. I watched a friend use a pair of pliers to cross the two leads on a capacitor that was the size of a soda can. They spot welded to it! Capacitors store energy. Lesson learned.

My friend and I also figured out that if we carried a capacitor around the house holding one lead, shuffled our feet and then touched the other lead to a lamp or other grounded metal, the static shock would go into the capacitor, not us. After a few times doing this, depending on the size of the capacitor (and never with one the size of a soda can), the capacitor would start crackling which we correctly assumed meant it was “full”. But that charge had nowhere to go since the two leads weren’t connected up to anything. At least not yet.

That’s where my sister came in. Or when we weren’t feeling ornery, we’d have a duel. Like a knife fight with the leads of a tiny electrical component as the knife. Once both leads made contact with skin all the electricity we’d stored in it would be released and all the tiny static shocks would become one big shock. SNAP! It would light a person up or just make a cool blue light. Electricity is fun, Mr. Wizard! Here, hold this.

So I am not really like a Tesla Coil but more a giant capacitor. And in these cooler, darker days we ourselves become more efficient capacitors, storing up energy in our electrolyte ridden bodies. Storing it up for when we reach to turn on a lamp or switch on an overhead light.

Previous Article Void the Warranty
Next Article A Number Beyond Imagination