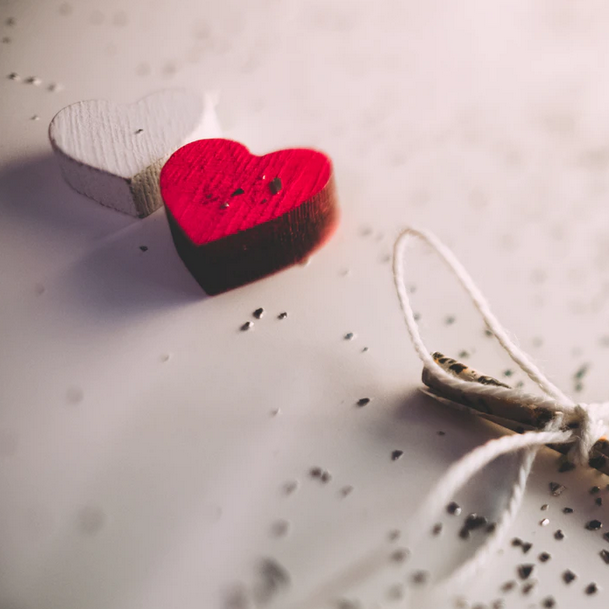 It was the early nineties and the first time I saw Cortni, I was kinda shocked. She had eyes like a cat with a regal air that commanded the attention of the young men in the office. My co-worker Carla and I were across the room one day watching this. She leaned over to me and whispered, “look at those wolves.” I turned to her and said “I’ll get her.”  and as it turned out, I did.

We fell in love quickly.  Three weeks and three days after our first date, we rode to the Jefferson Memorial on my motorcycle and I proposed to her on the steps; amidst the cherry blossoms and white stone majesty of my favorite monument.

Three and a half years later it was over.

That’s not a love story. It’s a fairy tale. It’s believing marketers selling an idea as reality, the movies portraying starry eyed romance and commercials for diamonds. It’s believing there actually are white knights who can ride in with their trusty steeds and carry the princess off into the sunset. It’s thinking that reality can be sustained on the vapid dreams of storybooks. But a diamond doesn’t have magical power to keep the bonds of commitment strong. It’s a stone no matter how much was spent on it. What creates a real love story are the little things and not grand gestures or superficial displays of affection. It’s not quality time. It’s Time.

A real love story is something wholly different, infinite, and more there.

Darla was stunning and brilliant. She was the opposite of the everyone who had come before. She even intimidated me a little with her outgoing, carefree attitude. Before our first date she was moving a hundred miles an hour in her jean shorts and ripped Motley Crue t-shirt while I waited for her to get ready. But there was something compelling about her. Something underneath. The independence, the eyes-wide-open intelligence and the supreme confidence in who she was. No one could tell her who to be or how to act. She was who she was and she would never apologize for it.  I was a hooked.

Within a year, it was clear we wanted to spend a life together. Not because of fascination or infatuation, but because it just kinda made sense. We felt like we belonged together and everything we believed and how we saw the world matched. Not the same, but like two clues that fit to make a whole picture.

What we have is not flowers, chocolate and jewels. It’s not showing appreciation just one day a year because “you’re supposed to.” It’s kinda plain. Our story is about me being there any and every time she needs me. It’s making toast and poached eggs every single morning and bringing it to her in bed because for nine months those mornings were hard and she deserved every ounce of energy I could devote. It’s supporting her when she’s afraid and trusting her when I am. It is a love story in which I make her laugh every day — even if it’s at my expense — and laughing right along with her. It’s a story about celebrating her triumphs — like the new dish she wanted to cook that turned out perfectly. It’s a story of listening. Our lives are peppered with conversations about nothing or everything and being able to say anything in either kind. In the pages of our book, we are having these conversations still, after twenty-five years. Our story tells of believing with all my heart that this one person is the person I find comfort with today, tomorrow and onward. The theme is talking. The plot is small touches; like the tap on my nose to dissipate the static before kissing each we leave each other’s side.

Our story is not unique, hopefully. And it’s not filled with poetic words. It’s simple. I love Darla with everything I am. Still, and forever. Not because someone tells me to, I read it in a books, or so I can put it on the bumper of my car. Not because I married her and that’s the way married people are supposed to be. It’s because she has been there for me in my darkest hour and during my greatest triumphs;  and I have been for her. We have participated in each other’s lives to the fullest; in the truest meaning of “for better or for worse.” We are constantly exploring and there is always so much to know and learn. So, we do it together.

Darla is everything to me.  She is my journey and my destination. And after twenty-five years, as this story is still being written, whenever she walks into the room or I hear her voice as she approaches, I am breathless.