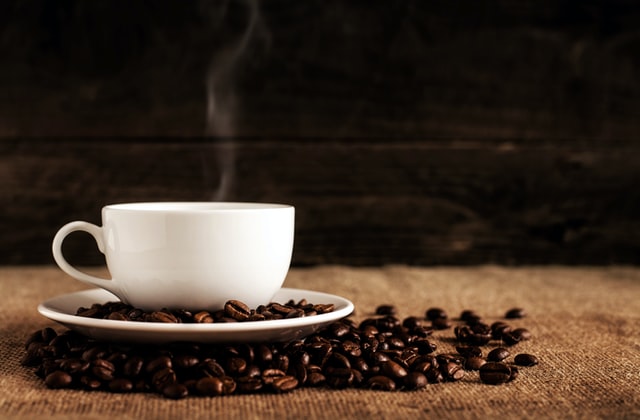 “It’s ‘The Decade of Discontent’,” I said a few years ago during a conversation about being in your forties.  And it occurred to me this very well could be.   Professionally, people of this vintage are often on the cusp of deciding to chase the money, continue to chase it, stop chasing it or do something completely different in an effort to find that which fulfills them most.  The children are grown, but not all the way so there is still that dependence but independence has crept in so parents aren’t “needed” as much.  The body starts talking back too, asking “what exactly are you doing working me like this and why is coffee not involved?”  And then there’s the big stuff.  Shocking and unexpected news, friends divorcing, cancer and people who have life smoke a curveball they just weren’t expecting or didn’t really deserve.

I had a former friend tell me their marriage was breaking up.  They said, “this has happened before.”  The implication being that their partner had caused the breakup.  Later, it came out that they had actually had the affair.  It revealed a lot about the character of a person I thought I knew.

A friend lost someone to cancer, and another friend underwent surgery for a brain tumor; now living with the possibility that sometime in the future it could come back.

Three other couples we knew split and I winced knowing the pain that would consume them and their children for a time.

I ran up against the stark reality that parents get old and infirm and there’s no stopping that train once it’s begun to pull away from the station.  No conductor to tell or emergency rope to pull as the wheels slip a few times and the forward momentum begins its gradual build to full steam ahead.

Was it my age group?  Was it just me?  Was it this “Decade of Discontent” revealing a side that was darker than anyone knew?  I couldn’t tell, but it seemed so odd that so much was going on.

The pattern seemed obvious but there were no particular reasons.  And there were people focusing on the negative and finding the danger, fault and unhappiness in everything.  Again I asked myself was it just me?  My own outlook?  The political climate?  All the intolerance in the world?  People looking over their shoulders because someone told them they needed to be afraid?   It’s a habit that’s easy to start and once there, like anything, it’s a hard one to break.  Where were those who smile at the simple fact that the sun came up and everything is right with the world?

I read recently that 35 percent of human communication is facial expression.  So a third of what your trying to say comes not from your mouth, but from your whole face (words are only 7 percent, body language the rest).  I wasn’t really surprised because for whatever reason, I have always sought to make people smile or laugh whenever I spend more than just a moment or two with them.  The face always looks much better that way.  It’s not something I actively seek, just a … well … hobby of sorts.   It seems a decent thing to do.  Collecting happiness.  Watching for the smile, making a subtle joke or comment that elicits the crinkle of the nose, the sparkle of the eyes, the drawing of the corners of the mouth.  It’s a trophy from a brief exchange of words while waiting in line, a small token I can take from a business meeting, a triumph that, for a brief moment, I had a little part in bringing a small amount of joy to someone.

I have known positive people and I have known people about whom others say “boy, they find the negative in everything.”  Everyone has that choice to make  and, thankfully, some have made the choice to be happy people.   Just by their very nature they are happy and what a pleasure it is to run up against them.

Darla and I headed up to the Smoky Hill Library the other day for a meeting about high school options for  the boys.   It was a bright, sunny day and as we walked in to the library, we noticed a small coffee bar tucked off a hallway where the meeting rooms were.   The name escapes me, but it was typical of what you might expect; little alcove, books to read, a counter for service and a closet of a back room for supplies.  We had a few minutes so decided to grab something.

That would have been the end of it had the young woman behind the bar been a regular cashier just doing her job.   But she wasn’t.  As soon as she opened her mouth, the inflection and expression she put forth was like the wash from a passing semi.  The kind that rocks you back on your heals and if you’re not ready for it, you immediate think “whoa, laying it on a little thick.”  It made Diane and I smile but I was a little uncomfortable because I didn’t quite know how to take this person.

Ordering our drinks, we made small talk and in that minute or two I suddenly realized she wasn’t laying it on at all.  This was how she lived.   She was simply filled with joy.  It almost seemed as if every moment was a gift to her and she wasn’t apologizing to anybody for appreciating each one.   So much so that the words she used were full of happiness and appreciation.  Words like fantastic and wonderful, greeeat and excellent.  And she meant them.  We talked about nothing of particular importance but it was as if we were the ones she’d been waiting to talk to all day.  Suddenly, we were basking in her joy, letting it cascade over us like a warm late-summer rain; turning our faces into it, almost holding our arms out to catch what we could.  We walked away from that little coffee bar feeling pretty sweet.  It may have been one of the best drinks I’ve ever had … and it wasn’t the coffee.

My family and the boys’ grandparents went to Elephant Bar to celebrate father’s day this year.  We’d been there before, liking the service and the menu with its abundance of choices.  When our server walked up we were met with a bright, beautiful smile, pleasant air and friendly voice.  She didn’t sit down in the booth with us and pretend to be our friend.   She didn’t slap her book onto the table and squat down so she could look us all in the eye, elbows splayed out on the table while she took our drink order.  Nope, she just spoke to us directly, looked us in the eye and immediately (I’m not exactly sure how she did it) made us feel that she was happy to be there for us and maybe just happy to be there, period.  The conversation somehow strayed from the business at hand and we found out that she had ridden her bike to work.   She rode to work every day, in fact.   From Denver to Centennial.  We were duly impressed.

The weather was pretty stormy outside that evening so we expressed our concern about her return ride, but she brushed it off.  “I sometimes hop on the lightrail if I need to,” she said, even thought the lightrail was still a few miles up the road and riding in the rain was a real possibility.  She told us she was closing that night so it would also be late when she left.  With the weather, the late hour of her departure, the prospect of possibly having to stand dripping in the back of the train with her bike (those are the rules: you have to stand, in the back, if you have a bike) you’d think she would be put out.  Nah, life was an adventure and she just seemed to say “bring it!”  She was there to help people have a pleasant evening together, riding home in the rain was inconsequential.  We were convinced that anything challenging that came along for her would be met with relaxed determination and aplomb.

She was, I would venture to say, the best server I have ever had in the fifteen or so years I have lived in Colorado.  Not because she was there to fill our water every time we took a sip and not because the timing was especially perfect.  That didn’t matter.  It was because she looked at us with a clear gaze, spoke with a calm voice and projected a true desire to make our evening better.  Diane and I both felt the tip was nowhere near adequate to pay her back for that but we found her manager and made sure he understood there was someone in his midst that brightened the world around her.  That mattered.

How great to be around people such as these who are so warm and giving of their kindness and joy.  How great it would be if there were more of them.  You kind of wonder what font of life they’ve found from which to drink.  If I find it, I’m giving it away to anyone I can and I won’t tell the marketers.  They’ll just exploit it, soiling the purity of the simple luck of coming across someone and suddenly having your day become completely different.  And that’s kind of the point isn’t it.   Making the world brighter around you; laughing, sharing a joke with the person across the counter,  changing up the way someone might expect the conversation to go so they slip out of the groove a little.  And the smile always comes.   Another bit of happiness to collect.

Thank you sir, may I have another.

As you step out into the bright sunlight, or even the teeming rain, in days to come, think of the gift of a smile or kind word you’ve been given and use them both willingly and with reckless abandon.   If everyone endeavored to create laughter around them whenever they were, I am convinced their lives would be better for it.  And, who knows, perhaps they would unknowingly help that one person who needed it the most that day.   The neighbor who’d just told her husband she was leaving and knew the pain it caused, the one who’d just found out it wasn’t benign, the one who just spent the weekend discovering their parent didn’t really know who they were any more.  In that, they themselves might find a brief moment of peace, grace and joy without knowing where it came from.