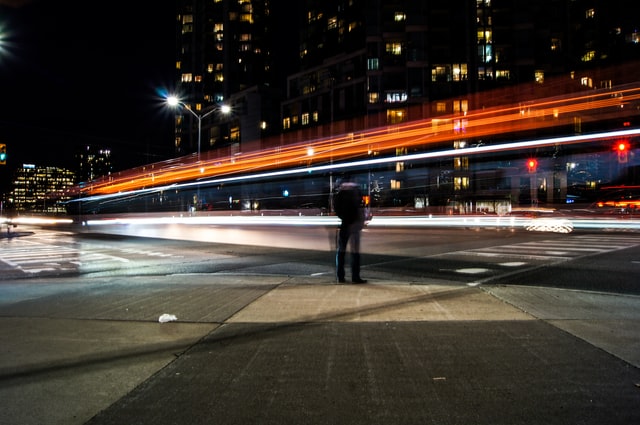 About fifteen years ago, in a former life, I worked with Josephine and Josephine had a plan.   She was driven by a single goal which was to work as hard as she could, climb the corporate ladder and make enough money so she and her husband could retire at forty-five and live the rest of their days in relaxed splendor.

Jasmine planned to begin working part time about two years ago.   In her mid forties, she felt it time to spend more time with the kids who had, up to this point, been brought up by nannies.   She was considering going freelance and starting her own consulting business.  Her  time would become her own and she’d made enough money that she and her family were pretty well off.

Hunter has worked extremely hard for the last several years trying to grow his company and build a solid nest egg.   He and his family live in a large house, they drive new, higher-end cars and on the surface all is going according to plan even though he works long hours.  A stranger passing the house in the late evening might see him, a solo figure in the room at the top of the house, working in the only window lit in the house.  But it is worth it because later they will all enjoy the fruits of this labor when it is time to stop.

John Steinbeck, in Of Mice and Men, wrote, “The best laid plans of mice and men oft go awry.”  In other words, reality has a way of stepping in and stirring up your nest and often does.

The large telecommunications company Josephine worked for went bankrupt when the CEO, who is now serving 25 years in prison, decided to use the company as his own personal bank account.  There is a very real possibility Josephine lost everything.

Jasmine never did go part-time and although her hours were shortened she still worked the same amount of time and is now back at full salary.  Making great money, sure, but never stuck to the plan and her kids are still with the nanny.  Just recently she told me “why not make the money while I can.”  I just congratulated her quietly and a little sad.

Hunter has worked himself into poor health, obesity, seemingly perpetual fatigue and seems not as happy as he really could or should be.  And his relationship certainly isn’t the better for it either.

From the guy who worked three jobs at twenty-three in order to retire to the redwood forests of California with his wife when they reached forty-five to the high-powered executive who’d done nothing but work and was now planning his early retirement, no one can predict the future or what the reality of life will toss their way.  Because the twenty-three-year-old couldn’t know that the house in the redwoods would be lost to an earthquake and the executive would never foresee losing his life in the accident that happened while he was engrossed in an early morning conference call on the drive in to work.

When someone needs glasses because they can’t see at close range, it’s called hyperopia and living your life only focused on what will be and not what is now is living a hyperopic life.  And that’s no way to live.

It is everywhere around us.  People looking to the future while they close that one last deal; placing that one last bet, that never seems to actually be the last, in order to get that payoff; chasing the money because they can’t seem to let go of the power and wealth to enjoy what they’ve worked so hard for.

But in all that time and while they are spending it focused on later, they forget to put on their glasses for today, missing their kids growing up, the beautiful turn of their young wife’s  jawline, the particular way the sunlight strikes the glass of tea perched on the deck railing, a quiet moment of reflection on a warm summer day and yes, even the successes that can be had on a work day well done.  The clichés of missing something in their life in order to set themselves up for later are legion and, unfortunately, true.

Back when I worked with Josephine, the cube farms were just an numerous as they are now and we all felt the pull to get to work and stay as long as it took.   Working late nights because we felt “it was the right thing to do.”  If you left before anyone else, you’d be thought, and sometimes called, a slacker.  You’d be ridiculed in jest and some would look askance at your departing back with the quiet accusation that you weren’t pulling your weight.  From what I can tell, nothing changed for the most part.   That environment still exists in a lot of places and some would say we’re no better off, nor more secure or happier.  Where does all that get you if you haven’t found the moments of joy and thrill?

A professor of business at Columbia University named Ran Kivetz theorized a paradox in human behavior.  When we put our responsibilities ahead of pleasures, done long enough, we are often left unhappy down the road.

Did you have those times in the past when you went for a beer and a bagel at O’Brienstein’s instead of studying for that Econ test?  She was cute and you just wanted to be around her.  You quit writing that term paper  a little earlier than you’d planned to go hang out and watch the popular TV show of the day with friends.  (It was so much more fun.) You went out after the softball game with new colleagues instead of getting home early so you could be well-rested for work the next day.  Later in life, the lawn got a little longer in favor of heading over to the neighbor’s to watch the game or going out back to play soccer with your son.  Work was good and could be fulfilling, but so was having fun.

Then there are those times at the start of falling in love when everything took a back seat and being irresponsible was the responsibility.  It was so easy to favor the brief moments of pleasure and joy over the responsibilities because time could be made up later.  It would all get done, and perhaps the work would be a little more intense when you got to it, but it would get done.   It always did because here you are, reading this and you’re not living in a tent (unless you are…sorry, dude). You’re still alive and you’ve found a moment to relax.   A moment of your own.  Now.  But I’m guessing for a lot of people, these moments of ease and taking time out for themselves are fewer and farther between.   And that’s a shame.  Because indulging in the simple pleasures of life is, in the end, what makes life so great.

In some faiths the Present is the only real thing (I won’t go in to how that’s not even real because that’s for another time).  It’s the whole notion of living in the “now,” being in the present, yesterday’s gone and tomorrow’s not here so why worry about any of it.

Of course, realistically, you have to think somewhat of the future and responsibilities certainly are greater as we get older.  Hedonism can be just as dangerous as a bullheaded drive to work harder.  But, instead of going back to work after lunch, wouldn’t taking the left into the theater to see the matinee feel pretty good?  What about calling in sick one day so you can go on a hike with your new significant other or because you needed to cut the grass.  Then afterward, sitting back with a cold glass of something and enjoying the sweet smell of that freshly cut lawn, the birdsong and warm sun on your skin making you realize the real reason you called in.  We take these moments for granted but it’s these moments that create our lives.  String a bunch together and weave them throughout those things you really must get done and I bet it makes everything balanced, smoother, nicer to live in.  I called in sick from the Albuquerque airport once when a buddy and I decided to spend the weekend and part of the next week hanging out in Taos, Santa Fe, and Ghost Ranch, New Mexico.  It seemed like it was just kind of the right thing to do.  And being bad sometimes feels pretty good.  We all need to do more of that, don’t you think?

As we get older and the responsibilities of a more important job or children or a new business grow, we lose this ability to throw caution to the wind every so often.   I’m not advocating professional anarchy or anything.  I’m more talking about balance.  It’s like the old saying “take care of the pennies and the dollars take care of themselves.”  If you cast off the little things, the simple pleasures, you risk looking back in ten or twenty years and wishing you’d kept more pennies in hand.   Yes, the “dollars” in life are important and they always will be.  However, without the nuance of a well-lived life – the pennies – all the money or possessions in the world won’t salve the ache of regret over having not flown to Seattle to meet the girl you called Boomer for dinner with her parents in the Space Needle.   It won’t turn back the clock so you could go to the Balerics with your mates where the people are beautiful and the cuisine exquisite.  And you won’t be able to say “because I could” more often than not when asked why you did it.

I read or heard a story recently, I’m not even sure where, about a man who, on his walk to work every day, passed his favorite bakery.  He’d stop occasionally but knew stopping a lot would be trouble in a lot of ways.   On one particular day, he was a little late for work so passed by.  But the smell was enticing and seemed to call to him all the way to his office building.  He was at the door to his building when he just decided to indulge himself, turned around and walked back to the bakery.  He decided to keep the “pennies” and give in to the impulse, putting off the responsibility for just a moment longer.  Because he could, he did.  His life changed that day because his building was Number Two World Trade Center and the date was September 11th, 2001.

We all have choices and each moment is our chance to make the choices that will help us look back later and think, “yep, I did it all pretty well.”  So, next time someone calls you up and says they have tickets to the game, or you’re sitting around the dinner table and you and your spouse and kids suddenly decide you want to take next week and go to Yosemite, maybe don’t think of what you have to do that week, just go.   Live your life on purpose!  Not only will you have fun now but you’ll be able to tell the tales and smile when you reflect later.  It seems like we’d all be so much the better if we trusted ourselves to balance the responsibilities with a bit of fun now and then.

Make it a life well-lived.