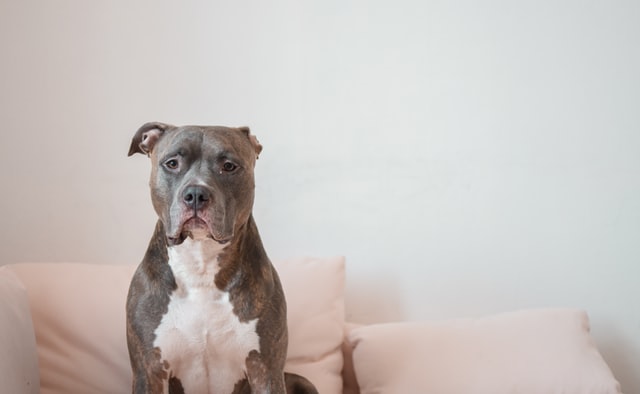 One of the first times I went on a field call, Cortney went with me.  I was still in training for the most part and still needed introduction to the nuances of acquiring video evidence and the places I’d be going to do it.  On this particular occasion we needed a lot of video.  Days of it.  So, the plan was to pull the hard drive from the DVR and bring it back to the lab where I could process it.  The location was a particularly nasty motel along the strip and having the two of us there was better than being alone.

Oftentimes with places like this one, the protocol would be to call for “back”; the man or woman with a uniform and, more importantly, a gun.  Two people is good, but two people and a gun was better when you had meth-heads, heroin addicts, or whatever other people around who cared less about you than they did themselves.  Appearances would indicate they didn’t care much for themselves either, so some stranger from the Crime Lab wasn’t going to matter much at all.

So, we didn’t call “back”.  Courtney was confident we would be in and out.

When we drove into the parking lot, all heads turned in our direction.  Easy chairs were positioned outside a lot of the doors and some of them contained motionless figures, eyes too big for their head, thin to the point of concern; possibly a cigarette, forgotten with our arrival, burning from the side of their dry, cracked lips.

“Here’s the po-po,” Cortney said with a knowing smile, as we parked.  The truck we were in was a Chevy Tahoe.  It had no obvious markings other than a vehicle number in a typically law enforcement looking serif font.  But it was black, had tinted windows, and the small pill bottle antenna on the top.  That was enough.  I smiled. I was new at this so didn’t know if I needed to be uncomfortable or not. I decided just to fake it.  I’d get used to the stares, seeing the people so different than me and knowing how bad off they were.   I’d get better at figuring out who might be dangerous and who I couldn’t make eye contact with. I’d get used to walking in to dirty, smoke-filled lobbies and being wary of touching any given surface…

I took microbiology.  Do you know what’s out there?

…to ensure I didn’t pick up something unwanted.  It’s not like everything was dirty to that point.  But the condition of these places could in no way be thought of as well-maintained.  It looked more like barely-hanging-on. One constant was they always knew it was the po-po.

Eventually I figured out that these were just people. There were a few who were violent and aggressive, but most were just trying to get by and most were just as friendly and helpful as anyone else. They’d been dealt or dealt themselves a shitty hand in life and in time I would simply default to giving them a break, treating them with respect, trying a little to shrink the divide, and simply asking for their help. Rarely did I get a “no” and rarely did I truly feel uncomfortable. I did, however, take to wearing these bright purple, latex gloves (It didn’t appear my size came in black although I would have preferred it). I wore them more for preventing exposure to fentanyl than anything else. That shit’ll kill ya.

Eyes followed us as we went to the office lobby.  The DVR system was right there front and center.; a large 42-inch TV displaying the multiple camera angles from all over the property.  The screen was divided up into panels, all with a different camera angles.  We appeared in one of them as we entered and walked to the counter to introduce ourselves and inform the clerk why we were there.

The task was simple.  Shut down the system, crack the case, remove the hard drive, put a new one in and put it all back together again;  then beat feet outta there. Simple.

In the middle of securing the new hard drive into the DVR chassis, I felt something bump my leg.  I turned and looked down to see a pit bull with a head the size of a basketball.  She had a small body, but large muscles stretching around her oversized head and across her chest and shoulders (withers in dog speak.)  At that moment, there was no hostility coming off her.  Just curiosity.

I put down my screwdriver and turned to face her.  I wasn’t frightened, but I was cautious; patting her on the head gently, saying hello. She seemed friendly enough but I had heard the rumors about Pit Bulls.  I didn’t know for sure if they were all true, but I didn’t want to test them either.   I didn’t know how this dog had been brought up; how it had been trained.  All I knew was one bite and she would own a large piece of my thigh.  The muscles around her head were astonishing.

I turned back, finishing the job of closing up the chassis and setting the DVR system back up where it belonged.   As I did so, Sally, as I came to call her, rose up and put her paws on my back.  I knew from having many dogs in the past, that this wasn’t a gesture of kindness or playing.  It was dominance and my nerves kind of ratcheted up a bit.  We had no back.  No taser, no gun, no truncheon, nothing.  Just hands and hands bled.  I remained calm and turned, gently pushing Sally back to the ground, she tried again, and I spoke a little sternly.   She must have gotten the message because she backed off a little.  Courtney, meanwhile, was more nervous.  She was, in fact, kind of freaking out because she hadn’t noticed Sally until she’d gotten up on her hind legs to give me a “hug.”  I could feel the tension in the air and my own anxiety increasing.  I really didn’t want this dog to suddenly feel threatened and defend her territory.  We were in her house.  Her world.  She was boss here.

I patted Sally on the back, again admiring the solidity of her but also the smoothness and warmth.  She then turned and walked into the back office a little way.  Turning around, she looked at me and I saw an opportunity.  I reached for the knob of the door to the back office and began pulling the door closed.  Sally gently reached up with her jaws and took hold of the sleeve of my shirt.  I pulled back a little but she was holding it very tightly.

I can’t I’m working, I thought.  I need to get going.  Maybe some other time.

Sally looked me in the eyes and I didn’t want to return the gaze long.  No sense in giving her the wrong impression.

I want to show you my room, Sally’s eyes said.  Either that or I’m hungry.  I wasn’t really sure.

I didn’t know if it would have been forever or just for a while.  As friendly as she was, Sally was a pit bull in a Motel owned by someone who needed her protection.  She was not going to be playful 100% of the time.

“She’s got my sleeve,” I said to Courtney, hoping my anxiety, which had now become more noticeable, wasn’t apparent in my voice.  Keep calm.  Keep calm.  It’s just a dog and she’s been friendly, I told himself. And then I was free.

I remembered that dogs will lick their lips or turn away in order to defuse tension in other dogs.  I thought it possible that turning to say something to Courtney had indicated to Sally that I was trying to calm her down.  She may have gotten the message.  Something.  I pulled on the door slowly, Sally backed further into the back room and I was able to close the door completely.   I breathed a small sigh of relief.  I wasn’t terrified, but in such an unknown situation like this, and being so new to this world, a dog that was clearly a guard dog latched onto my sleeve was unnerving. I was relieved that I was able to contain things.  But I kind of felt bad, too.  Maybe Sally did just want to play.  Pit bull owners defend them as great dogs.  Sally did seem like a nice dog.  But I didn’t want to find out if it would go the other way.   That wasn’t in my job description.