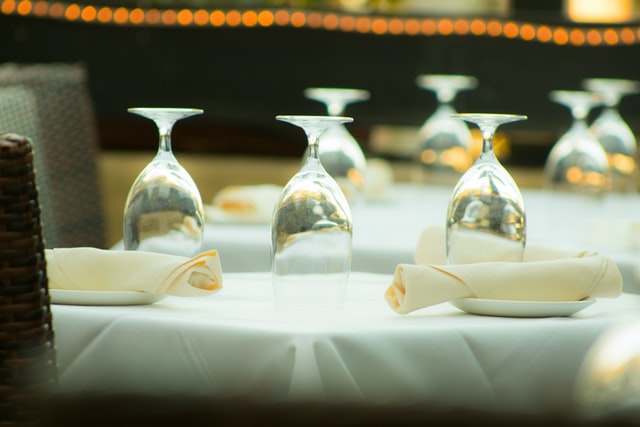 Note: There are brief descriptions of domestic violence in this essay.  For those potentially triggered by this subject matter, please use discretion.

The locations from which video evidence has to be collected vary.  A lot of the time it is motels, the seedy ones, where people let their guard down to shower, sleep, and eat; things required by the human body there’s no getting away from regardless of where you are in your life and the world.  But there are other places, like fine restaurants.  There was one restaurant where expensive steaks and lobster are served.  A place where there are tables near the windows with spectacular views of the valley below, the skyline of the city in the distance; white table cloths, candles, carpeting, and a rich wood interior.

They offered me a drink…

…and the manager was clearly a little excited about helping out law enforcement.  I get that. It’s a world outside their own world. There is excitement in trying it out, if only for a short time.

I declined the beverage and the Manager showed me to the back office off the kitchen.  It was a small office, but felt almost as finely appointed as the dining room itself.  The desk chair was something one might see in the home office of a CEO, or a successful writer’s chair.  Comfortable, but durable and elegant as well.  As I queued up the video to find the video segment I needed to capture, I warned the manager that he might not want to see the video, but he sank into his chair by the desk clearly wanting to watch as I searched, found what I was looking for in the timeline, and began playback with all cameras displaying on the grid.

The video showed the closed up restaurant, after hours, so I stepped up playback speed and watched for movement. I could see the cleaning person enter the kitchen from the back door.  She was alone.  She stopped off at the dishwasher area, looking at plates that had been left that evening.  She sampled some of the food.  Life was hard sometimes so you do what you can…or must.

As the video played at four times normal speed, I could see another person, clearly a man, came in the front door.   The case report spoke of a boyfriend.  I slowed the playback and watched events unfold.  The boyfriend made his way through the dining room, around to the kitchen.  It was clear he couldn’t find it at first, but he suddenly appeared on camera around the corner from where the woman was filling a mop bucket in a large sink. She didn’t know he was there.

The initial shocking acts are usually the worst part.  They kind of rock a person back on their heals. The hitting was real and the response of the woman’s face being hit was sickly authentic.  The struggle, as he strangled her, and the uncontrolled fall when the two lost their balance and fell out of sight couldn’t look anything but real.  Because it was.  Even the way the trash bin suddenly slid across the floor as it was kicked by a jerking foot, the woman struggling under her attacker’s advances.  She was clearly fighting back.  Something as simple as a trashcan sliding across a tile floor became sinister with context and reason.

“oh,” a small sound from the Manager.  I had seen a lot but I knew most people didn’t see these things in reality.  Even though it was video, and there was no sound, there was a stark difference between the highly-produced, scripted, and “clean” violence seen on TV.  TV violence was shocking and well-produced action, if unexpected, could elicit a cringe from a viewer.  But this was different.  This was the familiar place of the kitchen just on the other side of the door to the office.  It wasn’t stylized. There was stillness all round, dirt, grit, and harsh lighting.  This person was someone the manager knew.  The slightly grainy, black and white surveillance video made it more raw, visceral, and more real.  And it was shocking.

I paused the video and turned to the manager.

“You are welcome to watch, as this is your system, but it’s sometimes a hard thing to see this stuff so I wanted to warn you again.

“As you know, she’s OK, but an assault like this leaves things behind.  Things she’ll have to deal with and it might leave things behind with you, too.  So just consider that, OK?”

The manager nodded, a little wide-eyed but still unable to look away.   Maybe because he wanted to bear witness, maybe because of that primal urge to see what happens, maybe to know he was OK even if the woman wasn’t in that moment.  The mind reasons away some of what it has seen and starts to latch onto the more palatable ideas; the fact that the woman survived, the noise from the other side of the door from the bustle of the coming dinner service.  But it was still frightening even in the daylight. I continued my process, determining the video time frame I needed, which cameras captured the activity related to the assault. Then finally I downloaded the video stream to a USB drive.

For me, I sometimes find myself hoping that what I’ve seen is a low point for the victim; that things got better from them from there. I would never know. I acquire video and usually never really find out the end result of what it can provide. What I do is only a small part of the larger process of investigation.

Sometimes I really don’t want to see what is on the video, but it is necessary, and perhaps whatever it is I am capturing will help a victim get justice or at least affect some kind of change in their life.  The assistance I provide in this vein, that possibility of getting justice, peace, understanding – whatever it was they need – is enough for me and I willingly watch some things that people shouldn’t have to look at, even on video, to make that possibility more likely.