Who Knew? A Tale of Irony and Coincidence 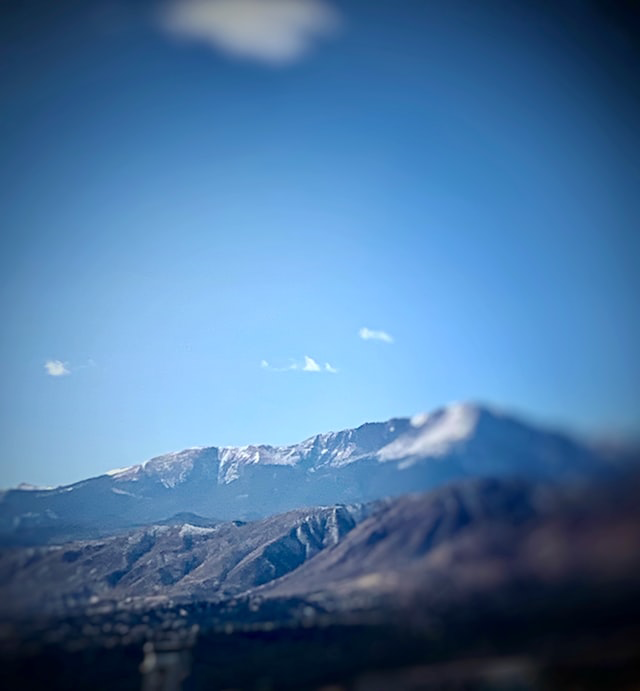 Who Knew? A Tale of Irony and Coincidence Posted on September 21, 2018

I didn’t know him at all, but from what I have heard, life for Joseph John Janson was not all that kind to him.  Before he was married. Before he had two sons. Before he tragically slipped and fell in a bathtub, drowning at the age of 57, and before life had thrown its curve balls, he was just a young man of 22 years, living his life when he took to the open road.

I grew up in an old Victorian house on the Main Line of Eastern Pennsylvania. It was the “wrong side of the tracks” but it was still a nice big house with lots of cool places to hide. A few years ago, I was rummaging around in the third floor storage room and I happened upon three old black journals. They were the kind that were flimsy and bound with thin, black leather. About the size of large paper back books, they were crumbly and dusty and had the scent of old mildew, dust, and time. And only now, reading over them, do I realize that our paths had crossed…78 years apart.

Inside I found accounts of driving trips taken by a young Joseph back in the late 20s and early 30s. Most trips were to northern New York but in August of 1930 he and friends, Lloyd and Wes, embarked on a trip to the west coast.

It began passing through Chambersburg, PA, the northern tip of West Virginia on the way to Ohio and stops in Ohio at Medina and Toledo; a stop at the Moline Municipal Camp in Illinois, then further west, through Davenport and Des Moines, IA (“Very nice city, and a – er – Oh, well! There it goes – it’s gone.”). They stopped in Oakland, IA staying in the Oakland Hotel. They had dinner in Nebraska with the engineer and fireman of the Pacific Limited No 19 – Misters E. A. Beach and A. E. Nielson – and saw a movie in Lexington, NE. where they stayed at Desky’s Hotel. And finally, their trip took them into Denver. I’ll let my grandfather, before he was my grandfather, tell you in his own words written 78 years ago:

9:00 AM Hooray!! We won’t have to lay over. The sun is out bright and hot, which means we can make a break to get through to Denver, Colorado. Same old story during the day – more prairies – more mud, though considerably less. The roads were much better today.

1:40 PM In Denver Wes decided to have the car greased, washed, refueled and brakes tested. Oooh!! How that car needed a wash! We were very much impressed with Denver – in fact the nicest city on our route so far. In a few hours we bid Denver farewell and were off again, headed for Colorado Springs. The trip from Denver to Colorado Springs was very beautiful. We had a range of mountains to our right all the way in. The sun was just setting over the mountain tops – creating some very beautiful scenes, with the rays shooting up through the breaks in the clouds. Guess what! The people here have a Castle Rock, too! A real Castle Rock, with a small town named after It. Situated on top of a very high hill, there is a huge rock – flat on top and all four sides practically vertical. It really looks like a huge castle. I would say it was about ten storied high, one block long and about one quarter block wide.

Before we reached Castle Rock, we had the rare treat of seeing where a rainbow actually started. The sun shining through a light rain, formed the most vivid colored beautiful rainbow that we had ever seen. It was a perfect semi-circle of beautiful colors, shooting away up into the sky. The colors were so intense that for a while I was tempted to try a snapshot of it. It seemed to rise from a small green clearing between two mountains, and we could easily see the exact spot where it started – the grass around it seemed almost yellow. We didn’t see a pot of gold, though. Maybe the grass was too high.

After we had dinner in Colorado Springs, we met a tourist car driver, whom people called “Happy Mercer” – and he was just that. He showed us where to find a nice room – and when we began to talk about the trip – why, he almost changed our whole route, so that it would cost us less and we would also see more.

We couldn’t see much of Old Pike for the upper half was completely hidden in clouds.

9:15 AM Location – out in the middle of the main street in Colorado Springs – puttin’ the camera sights on Old Pike. Just look at that – ain’t that a purty sight! Pikes Peak towering away above everything, right into those snow white clouds. Looks so close you’d think you could hit it with a stone – but really, it’s about twenty miles away – airline distance, too.

10:45 AM We’re off! Here we are at the entrance now, and eighteen miles of steep, steep going ahead of us.

11:55 AM We made it!! Pikes Peak, in an hour and ten minutes. Oh, boy! What a day!! We actually lived a complete year in about three short hours. What a climb it was we thought we’d never get there.

As we started up, things looked very ordinary. You know, green trees, grass, little stream of water now and then – nothing unusual. But, soon the trees began to thin out and the grass seemed to have a sickly looking color – what little you could see of it. After a few more miles of climb, trees were as scarce as level land – course there were some around, but they all looked like a cyclone had hit ’em, bare trunk, jacked branches, no leaves or bark at all. As for grass – pooie! Grass doesn’t grow on rocks.

Finally after we had covered about fifteen miles, not so much as a speck of plant life could be seen. Not a sign of any kind of life – just plain rock – and plenty of it. What a swell place to pick a fight! A couple hundred feet more of altitude later, we were a bit surprised to see a flock of hideous looking crows that were as big as turkeys. We thought it would be quite cold up there when we reached the top – it wasn’t so bad, though. Only forty-six degrees – so we didn’t bother much – just ran around in our shirts. We had a great time climbing all over the place and trying to see everything all at once – not realizing that the real fun was just about to start.

We noticed, quite suddenly, that the air was growing colder by the minute, and that the little dark cloud, off in the distance, had grown to all kinds of sizes. What concerned us most was the fact that the thing was heading straight for us, in a terrible hurry. You should have seen the colors in it – all black! It wasn’t very long before the sun was hidden and the wind began to blow like it was looking for trouble. Well, we thought we’d seen about everything, we’d better be going. We had hardly gotten the motor started when all of a sudden the very heavens seemed to break loose. Down came snow, hail, thunder and lightning, all at once. Everything around us was hidden in a pale grey mist. Soon the clouds were hogging everything – you couldn’t see twenty feet ahead. The wind was blowing harder all the time – the temperature dropped like a ton of lead – it must have been zero. By this time it was hailing chunks as big as marbles, and the thunder doing its little part to help the party along. For a while we enjoyed it immensely, we were in our sweat shirts and slickers, having a wild time – but all good things must come to an end, you know. I was running around dodging the moth balls trying to take pictures. By the time I got to the fourth snapshot, my hands were so frozen I hardly had strength enough to press the bulb. Wes was leaning out of the car yelling for me to hurry up before he froze to death, and I standing out there with my hands shaking the camera so that I couldn’t half see what I was taking. While I was out there I noticed a peculiar sizzling, sort of burning sensation on my head, across the shoulders and on the legs. Whenever I came closer to the car, the sizzling became louder, and I could feel the sting even more – especially across the top of my head. It fairly cracked out loud. It suddenly dawned on me that it was the electricity in the clouds that was doing all the funny tickling. It seemed funny to have hail and snow pouring down in zero weather and lightning flying around so close you could stick out a pan and fry eggs.

The trip down seemed even longer than going up. We could hardly see ahead, and the road was slippery, making the going slower than a snail’s pace. As we came down, the hail turned to snow and the snow gradually turned into rain. It was slowly growing warmer and soon the rain stopped falling, the clouds cleared away, and once more the sun was shining bright as ever – and there was Pikes Peak, high in the sky, with a beautiful new coat of snow and ice, that shone and glittered in the sun.

6:30 PM We started back for Denver – I wanted to get a snap of the Castle Rock, but it was too late in the evening when we reached there. We went right on through Denver, Loveland, and into Fort Collins, where we spent the night. Oh, yeah! In a hotel of course!

Mileage for the day – 191 miles
Weather – clear and cool.

I never knew my grandfather, but there is something peaceful and serene in knowing that he and I have shared some of the same experiences and that those constants, Castle Rock, Pikes Peak, the cities in which they stand, are always there…watching over us.

Previous Article Having Everything and Having Nothing
Next Article Damage I